You and the Golden Age

On April 13th 2013 the Rijksmuseum, the main museum for art and history in The Netherlands, reopened after a renovation of 10 years. The Teekenschool, its educational centre with a permanent children’s exhibition, opened at the same time.

One of our programmes has received two awards this past year. The programme, called You and the Golden Age is an exciting experience with a quest through the museum in which the collection of the Dutch golden age, the 17th century, plays a central role.

We are proud to announce that in  2014 the programme won the ICOM/ CECA best practice award and in January 2015  it won the innovation award for the best school programme for primary schools in The Netherlands. The multimedia family game, a quest for 2-4 players searching for the stories behind objects won the ICOM/ award.

Where: Rijksmuseum, Amsterdam, The Netherlands 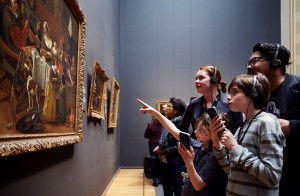 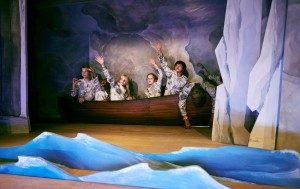