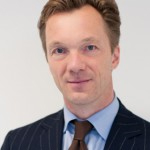 Wim Pijbes was appointed General Director of the Rijksmuseum in July 2008.

Born in Veendam in the Netherlands in 1961, he studied Art History, Film Studies and Philosophy at the University of Groningen. Following his doctorate in 1987, he began his career at Theater Lantaren/Venster in Rotterdam. From 1992, he started organising exhibitions internationally that focused on 17th-century Dutch art and on Dutch design, and in 1994 he founded Art Support, a company which organised exhibitions in Europe. He joined the Kunsthal Rotterdam as Exhibitions Coordinator in 1996, becoming Director in 2000, a position he held until his appointment as General-Director of the Rijksmuseum in 2008.