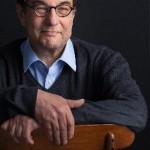 Joël Cahen has been General Director of the Jewish Historical Museum in Amsterdam since 2002. Before returning to Amsterdam in 2002, he worked as chief deputy director of the museum Beth Hatefutsoh in Tel Aviv. The Jewish Historical Museum also manages the Portuguese Synagogue, the library Ets Haim and the Hollandsche Schouwburg Holocaust Memorial. Plans are currently being developed to create a National Shoah Center and Museum.

In 2006 the Jewish Historical Museum opened it’s permanent Children’s Museum, where children and adults alike can explore various aspects of Jewish culture. Here, children are invited to consider the Golden Rule: one should treat others as one would like others to treat oneself. This rule is the foundation of many religions and philosophies, including Judaism. In the Children’s Musuem connections are sought between different cultures and religions.