You are at:News›Excerpt: 21st Century Children
By Sarai on February 4, 2020 Home, Latest, News 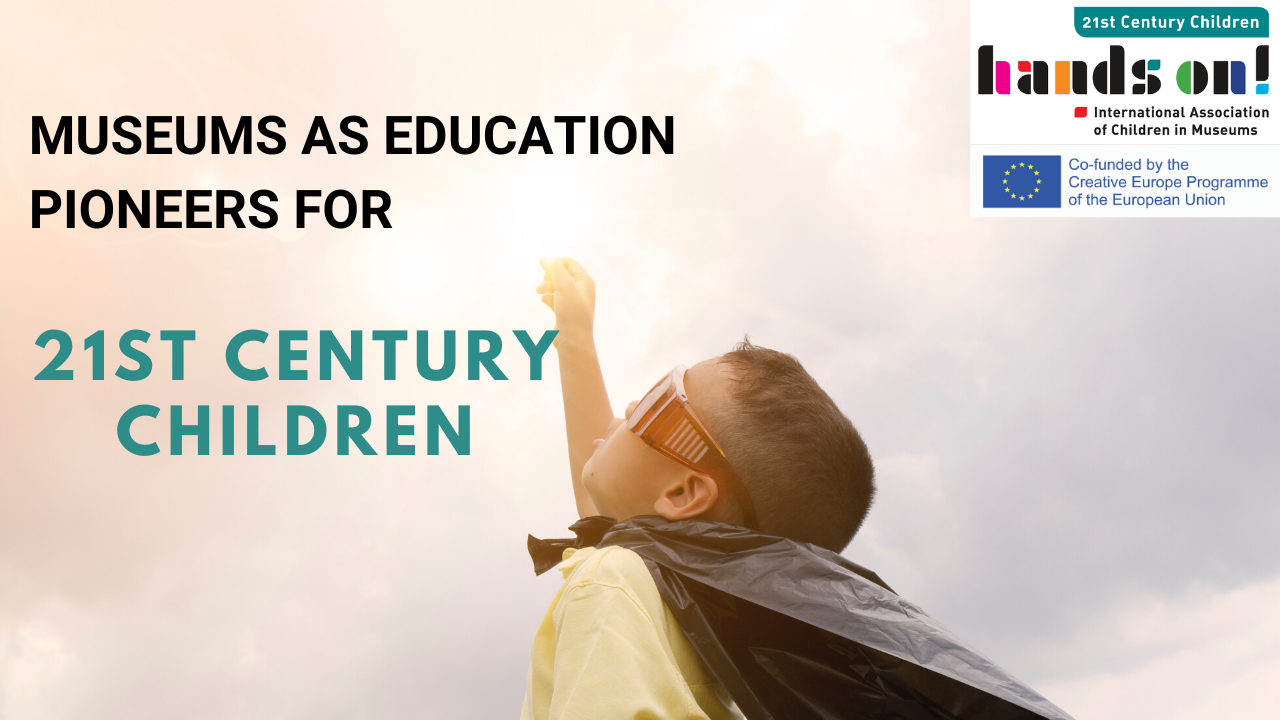 Excerpt: narrative for developing the label of quality for children-focused museums

The voices calling out about the unsustainability of human civilization have grown much stronger in last years, children among them calling the loudest. They cannot be ignored any more.

Alberto Villoldo, a psychologist and anthropologist, trained in the medical practices of the Inkas, joins in the general tenor of voices by describing the early 21st century as a time of global challenge: recent humankind, is not able to use its talents and power to ward off the massive damages of Earth’s eco-systems, which is becoming a serious threat to humankind as a whole.

Villoldo uses a very metaphorical language, referencing mythology and the lyrical invocation of the muses, rather than the formal and verbatim tone  of most of the modern scientists. This unusual choice of style also marks the core of his analysis: Humankind is currently trapped in a predatory and destructive dogma which ‘passes the furtive costs onto future generations and expresses itself in our economic, political, social, and educational systems.’

For him, the current era marks an era of change, holding the potential for next generations to create a new, sustainable self-concept.  Villoldo provides a figurative illustration of qualities needed to reach this positive shift, the Homo Luminous. The children born today,  are already part of this ‘enlightened generation’ whose different mindset might allow them to make the needed changes happen. Villoldo describes his Homo Luminous as more intuitive, empathetic, and capable of networked thinking and accessing currently unused cognitive potential and as such will be able to find new ways for life.

Today`s children, who already embody these skills, are the natural leaders of this change in his narrative. Therefore, he is calling adults for a shift of perspective, opening up our eyes for talents and views of children growing up today, talents we do not necessarily possess ourselves, and ideas we are not able to imagine.

A Letter to 21st Century Children

Another “prophet” of these days, Yuval Noah Harari, also talks about the transition of Homo Sapiens into a new life form. The historian mapping “the history of the human future” who sells millions of books worldwide, describes his vision of a new humanity as a Homo Deus: a human being, who uses powers previously only attributed to God(s).

In one of Yuval Noah Harari’s books there is a letter he wrote to children about what they can expect from the future and how they shall get ready for this:

‘The best advice I could give a fifteen-year-old stuck in an outdated school somewhere in Mexico, India or Alabama is: don’t rely on the adults too much. Most of them mean well, but they just don’t understand the world. In the past, it was a relatively safe bet to follow the adults, because they knew the world quite well, and the world changed slowly. But the twenty-first century is different. Due to the growing pace of change you can never be certain whether what the adults are telling you is timeless wisdom or outdated bias.

[…] Should you rely on yourself, then? … The voice we hear in our heads was never trustworthy, because it always reflected state propaganda, ideological brainwashing and commercial advertisement, not to mention biochemical bugs. As biotechnology and machine learning improve, it will become easier to manipulate people’s deepest emotions and desires, and it will become more dangerous than ever to just follow your heart.  […] To know what you are, and what you want from life … know thyself. For thousands of years philosophers and prophets have urged people to know themselves. But this advice was never more urgent than in the twenty-first century. The algorithms are watching you right now. They are watching where you go, what you buy, who you meet. Soon they will monitor all your steps, all your breaths, all your heartbeats. And once these algorithms know you better thank you can know yourself; they could control and manipulate you, and you won’t be able to do much about it. You will live in the matrix, or in The Truman Show.

[…] and if, however, you want to retain some control of your personal existence and of the future of life, you have to run faster than the algorithms and the government and get to know yourself before they do. To run fast, don’t take too much luggage with you. Leave all your illusions behind. They are very heavy’.[1]

In this radical letter, Harari outlines some major social threats and challenges of 21st century. Therefore it is not surprising that his advice for the upcoming generation shows strong parallels to instructions provided to heroes in old legends before setting on their heroic journey: he encourages young ones to know themselves, which can be interpreted as personal development and integrity, and he also warns them against “taking too much luggage”. He encourages them to understand oneself as an “operational system” and also to understand “the operational systems” of globalized enterprises.

Can we imagine that museums can support children of the 21st century in packing light and efficiently for their heroic journey following distant signs of new humanity?

If the ‘curriculum development has not kept pace with current expectations about learning’, what are these expectations founded on, what do they reflect upon in society?

“The world of the nineteenth and twentieth centuries, which needed armies of men and women in factories, demonstrations, and battlefields, is dying inevitably”,[3] wrote Erich Fromm, psychologist and philosopher already in the 1950s.

It is becoming unjustifiable to raise children as obedient system upholder, as our parents and teachers did. By realistic assumptions, in 10 years up to 40% of jobs will cease to exist. These people’s skills will no longer be needed.

These realistic assumptions mean serious threats for those ‘who inadvertently shift the center of their lives to forces over which they feel no power, and thus flee from freedom and personal responsibility. […]’[4]that means to the vast majority of society educated to work in armies for factories, hospitals, offices and shopping malls. “[…] Man stopped looking for the ultimate purpose of life in himself and made himself an instrument serving the economic machine he made with his own hands. We are concerned about efficiency and success instead of our happiness and mental growth.”[5]

This approach to humanity and education is both unsustainable and unsatisfying on multiple levels.

The crumbling of the growth-ideology is vividly expressed by the omnipresent urge to transform contemporary education. Education holds the potential to support this re-orientation of humankind, by encouraging the next generations to create new ways to respond to its ultimate needs.

To correct this ideological stray of last decades requires complete rethinking, reimagining the role of humans in the world, as possessors of unique powers fuelled by creativity and technology, which are capable of systematically transforming Earth like no other species.

Cultural institutions as a key player of 21st century education

Museums, arisen and nurtured by a compound of human existential coping mechanisms, have a much better starting position as platforms to prepare children to live and work in rigid systems of centralized power, than schools, with their operational policies developed in the 19th century.

Furthermore, the key elements of innovative pedagogy can be very often associated with arts and culture: learning through direct experience, holistic experiencing, flow, freedom, strong emotional involvement, and storytelling. Cultural institutions are competent to combine these elements into one complex educational structure, appealing to all senses and providing an applied learning context.

Hence, museums have an unmatched advantage to play this crucial role for the education of „Enfants Luminous“, making it their duty to serve society by living up to their potential as 21st century learning hubs.

The over-all objective of this project, which is generously supported by the Creative Europe programme of the European Union, is to showcase and to tackle the potential of the unique quality and character of children-oriented museums for benefiting society as future-oriented, 21st Century learning spots.

Actions of the project: