We confirm with regret that the 2020 Children in Museums Award has been cancelled because of the Covid-19 pandemic.
Existing candidates for the 2020 Award will be transferred automatically to the 2021 Award without further charge.
The 2021 application form will be available in the late autumn.

Hands On! & EMA  are looking for exceptional and excellent children’s exhibition programmes for the Children in Museums Award 2020

CMA winners and nominees 2018 together with EMA & Hands On! presidents (left and right)

Applications are welcomed from children’s museums; from education, children’s and youth departments in museums; science centres; and from other cultural institutions with a particular emphasis on children’s programming. Museums may be long-established or recently opened. However, priority is given to programmes which display recent innovation. Candidates can compete as such or apply with a special (temporary) programme or exhibition. The project entered for the Award, however, must be current and open for viewing in the judging year, i.e. between 1 April and 30 June 2020.

The judges will be looking for what is understood as ‘public quality’. In this specific case, the museum’s commitment to improving children’s experiences, growth, learning, well-being through the museum environment, atmosphere and programming.
Applications will be assessed against these criteria:

2. QUALITY OF LEARNING E.g. Creating an overall environment and atmosphere which are conducive to learning, using interactivity to favour understanding, involving children in the conception and design, testing and evaluation of programmes and exhibitions, etc.

3. INCLUSION AND SOCIAL IMPACT
E.g. Showing evidence of programmes or initiatives that have a social impact and focus on inclusion and diversity, outreach activities, etc.

The winner of our travelling Miffy trophy and a 5000€ cash prize sponsored by Mercis B.V. will be announced in the course of a festive evening event. Nominees will be named honorary ambassadors of the 21st Century Children Project co-funded by the European Union, as the represent best practice examples of future-oriented museum spaces for children. 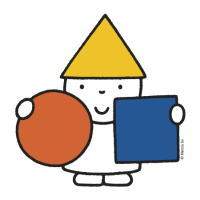 Shufang serves as Deputy Director of Education at the National Gallery Singapore. She leads the vision, direction and development of learning resources and programmes for families, students, and teachers. She also heads the 2018 winner of the Children in Museums Award, the Gallery’s Keppel Centre for Art Education.

Veronica is Director of GroundWork Gallery, a new space in King’s Lynn in Norfolk, specialising in contemporary art and environment. She was formerly Head of Education & Research and Deputy Director for the Sainsbury Centre for Visual Arts at the University of East Anglia, where she was responsible for developing and managing learning and research programmes, educational events and conferences, artists’ projects and residencies, outreach and training with students, schools, teachers and the public. She has worked extensively on international educational programmes and consultancies in many countries. She directed a Culture of the Countryside project, funded by the Heritage Lottery Fund from 2008-2011, about which she is now writing a book, and was one of the editors for World Art, a journal published from 2011 by Routledge. She trained as an art historian, has an MA in education and is an active educational researcher and writer specialising in the Middle Ages and 20th-century art, and is widely published in these areas.