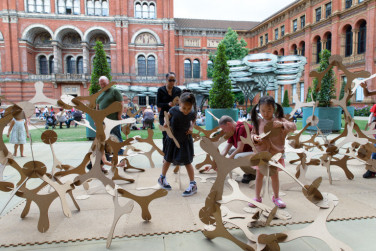 Welcome to the Ambassadors area.

Hands-On! works with ambassadors all over the world to keep in touch with its members. Ambassadors help to:

1. Inventarize Children’s Museums/Museums with Children’s exhibitions in each country. Update these organizations on HO! News and recruit new members.
2. Promote the Children in Museums Award and the bi-annual conference.
3. Organize networking activities and meetings for members in non-conference years.
4. Stimulate members to promote news about their programmes, events and methods for children through HO!

Linda’s professional practice has a strong focus on the engagement and participation of children in cultural activities and programs. She commenced her career as an actor/teacher in the Early Childhood Drama Project a Theatre and
Drama in Education group that worked with pre-school children aged 4-5 years. Prior to joining Museum Victoria she was the Program Director of Next Wave a festival focused on youth audiences and early career artists. In her current
role at Museum Victoria she has oversight of the education and informal learning programs offered at the Immigration Museum, Melbourne Museum and Scienceworks as well as Museum Victoria’s outreach programs for education and
community audiences. In 2014 Linda was a guest lecturer at the Beijing  ICOM International Training Centre Learning in Museums workshop and she is a member of the Creative Victoria Education, Learning and Participation
Managers Network.

Christiane Thenius has worked at Zoom Children’s Museum in Vienna since 2000. Here, she has developed exhibitions about archealogy and Greek antiquity, is marketing director and is in charge of a collection of films made by children in the ZOOM animated film studio. Christiane has been organizing ZOOM Science lectures and workshops for children since 2003. Recently, she has reflected, evaluated and developed the ZOOM science programs in a European and international context as a partner of the EU project “SiS Catalyst – children as change agents for science in society (7th framework of the EU Commission).
c.thenius@kindermuseum.at

She is a business engineer with a degree in visual arts and cultural marketing and  an executive partner with CONVERGENCIA – DISEÑO + INTERACCIÓN (www.enconvergencia.cl), which designs, produces and operates interactive exhibits that take place in Chile’s major cultural centers. With a widely recognized experience in both permanent and traveling exhibitions, CONVERGENCIA – DISEÑO + INTERACCIÓN relies on analog and digital technologies, and uses tools that give people with special needs access to exhibitions, to encourage visitors’ participation and achieve a significant experience in informal learning.

Since 2011, CONVERGENCIA – DISEÑO + INTERACCIÓN is in charge of the ZONA INTERACTIVA MUSTAKIS program (ZIM for short, which you can find at www.zim.cl) located in the Chilean Museum of Pre-Columbian Art and the Cultural Center in La Moneda (the Chilean Government House). ZIM’s mission is to create exhibits that reach out to children and their families through state-of-the-art technologies, so that the kids and their parents can learn in a fun way and using all their senses.

Ni Zhang has almost ten years of experience in the children’s museum field since her study at Teacher’s College, Columbia University. After coming back to China, she was a pioneer in founding the first children’s museum in Beijing. In 2013, she started to work as the executive deputy director of Children’s Museum Research Center, China (CMRC), a professional institute committed to research and promotion of museum education for Children in China. She has also been the board member of CNCC Children’s Discovery Museum (open in June 2015) since 2012. Meanwhile, she is currently the president and executive director of Hohhot Children’s Discovery Museum (to be open in 2017), a very large children’s museum at nearly 25,000 square meters of building space.

Head of Department for Public Educational Programs and Museum Pedagogy at the West Bohemian Museum in Pilsen, Czech Republic.

Member of: Czech Association of Museums and Galleries – Commision for Public Works and Museum Education

Participant in congresses and workshops in the Czech Repbulic and abroad in the field of children´s museums, arts management and education.
dbrejchova@zcm.cz

Director in the Danish Association of Museum

In the past twenty years Andreja has supported cultural heritage projects and activities at the national, regional and international level as the Minister of Culture for Slovenia (2000-04), as director of the Museum of Recent History Celje (1986-2000), as national correspondent for the European Museum Forum (1987-), as president of the Slovenian Museum Association (1998-2001), as initiator and Hear of the Museology School of Celje (2006-), as board member of ICOM-ICTOP (2007-), as founding member, initiator and director of the Forum of Slavic Cultures (2002-), as chairperson of the Sub-committee on Cultural Heritage in the Council of Europe – parliamentary Assembly (2010-2011, as president of the European Museum Academy (2009-), board member of Hands On! International and Member of Parliament in Slovenia.
andreja.rihter@fsk.si

Eva has worked at the Swedish Exhibition Agency since 2006. Former as Head of administration and currently as project manager, she is involved in several national projects focusing on accessibility in museums and visitors studies. eva.lundqvist@riksutstallningar.se 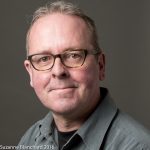 Started in January 2012 as Head of Exhibitions in Science Center NEMO in Amsterdam and now as NEMO Science Museum,

Manager Presentation & Collection, the department responsible for the exhibitions, programs and heritage collection (more than 17K objects). With more than 620.000 visitors each year, NEMO Science Museum takes the 5th position in most visited museums in Amsterdam and the Netherlands. 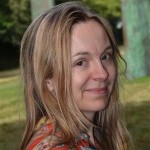 Harriet Curnow joined the Victoria and Albert Museum, V&A London in 2011 as Programme Manager of the Family Programme. She creates and manages a diverse range of events and activities that take place every day in the museum. The programme focuses on making and performance activities in the school holidays, at the weekends and an everyday offer of resources. Working at the Tate for ten years, she managed the in-house schools programme and local and national outreach programmes for schools and families. She was also the Acting Head for Schools, Families and Young People. She studied Art History at Warwick University and Museum Studies at Newcastle University and specialised in the interpretation of art.